There’s been a lot of news, opinion and nonsense surrounding Cornwall Airport Newquay, Heathrow and Flybe over the last few weeks. So I thought I’d just add a couple of thoughts after the Flybe ‘rescue’ news last night (14 Jan)……

I’m not a betting person but I wouldn’t be surprised to see the schedule from Cornwall to Heathrow beyond the end of March released relatively quickly now – maybe over the next few days/week. The focus behind the Government’s negotiations with the airline regarding keeping regions connected, I believe, will really be borne out in the coming months when the new organisation beds in and we see the rebranding take place. My hope (expectation) is that we will see more consistency in pricing with the new airline. This would make the connectivity to long haul destinations even more cost effective for Cornish and Devonian travellers as Virgin Atlantic look to use Virgin Connect regional flights to feed their international flights from Manchester and Heathrow.

I had pondered whether or not they would look to put something on Newquay-Gatwick, in addition to Heathrow, to feed their Orlando and Caribbean traffic. However, given the popularity of those routes point to point and the development of similar routes from Manchester, I’m not sure we’ll see that.

These are purely thoughts and opinion – in no way anything official. It’s just how I can see things playing out given my experience working for airlines. It remains to be seen how long this process takes and what twists and turns (if any) lie ahead but I remain convinced that the future for Newquay to Heathrow – and beyond – is bright.

A member of Protected Travel Services 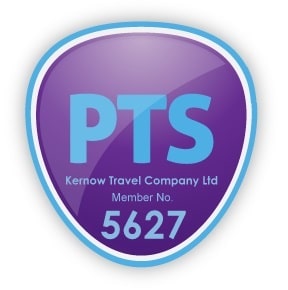 For the latest travel advice from the Foreign & Commonwealth Office including security, local laws and passports – click here

We use cookies on our website to give you the most relevant experience by remembering your preferences and repeat visits. By clicking “Accept All”, you consent to the use of ALL the cookies. However, you may visit "Cookie Settings" to provide a controlled consent.
Cookie SettingsAccept All
Manage consent

This website uses cookies to improve your experience while you navigate through the website. Out of these, the cookies that are categorized as necessary are stored on your browser as they are essential for the working of basic functionalities of the website. We also use third-party cookies that help us analyze and understand how you use this website. These cookies will be stored in your browser only with your consent. You also have the option to opt-out of these cookies. But opting out of some of these cookies may affect your browsing experience.
Necessary Always Enabled
Necessary cookies are absolutely essential for the website to function properly. These cookies ensure basic functionalities and security features of the website, anonymously.
Functional
Functional cookies help to perform certain functionalities like sharing the content of the website on social media platforms, collect feedbacks, and other third-party features.
Performance
Performance cookies are used to understand and analyze the key performance indexes of the website which helps in delivering a better user experience for the visitors.
Analytics
Analytical cookies are used to understand how visitors interact with the website. These cookies help provide information on metrics the number of visitors, bounce rate, traffic source, etc.
Advertisement
Advertisement cookies are used to provide visitors with relevant ads and marketing campaigns. These cookies track visitors across websites and collect information to provide customized ads.
Others
Other uncategorized cookies are those that are being analyzed and have not been classified into a category as yet.
SAVE & ACCEPT
Powered by

Sign up to receive the latest news and offers